This was my second album. I remember how everyone told me about the “sophomore jinx.” I had never heard of  it, so of course, it scared me half to death. I was in Seattle the first time I heard the record put together, and we were all thrilled with how it turned out. I’d been touring with my first album, The Divine Miss M, which was a big success;  I won the Grammy as Best New Artist, and I was getting a lot of attention, meeting people that I never imagined I would actually get to meet. It was a very exciting time, and the whole band was loving it.

We made the album in New York at the old Atlantic studios, where Aretha, Ray Charles, and King Curtis recorded, up on 60th and Broadway, in New York.  Strangely, those studios are now a wig store, and I found my wig for “I’ll Eat You Last” in the space that used to be Ahmet Ertegun’s office!  Talk about disassociation!  Arif Mardin co-produced with my musical director Barry Manilow. Barry, of course, went on to a huge career of his own after this album. I’ve never forgiven him. Arif is a legend. He became my friend and main producer as the years went on, and we made a number of wonderful records together. He loved Martinis and sipped them from a “Mardini” glass the size of a bucket. “Bette, daaaaaaaaarling,” he’d say, in his most seductive Turkish accent. We laughed and laughed.

There are a lot of different voices on this album. I was trying them on, like characters. Side one was slower ballads, side two  – it was vinyl, so you had to get up and flip it over – was all up-tempo songs with big arrangements. This was at the height of my torchy, “He-Done-Me-Wrong” song period, so I couldn’t resist Brecht and Weill’s “Surabaya Johnny”. “Drinking Again” is a song that I still sing today. It’s probably my favorite track on the album. On the flip side, I overdubbed all of the vocal tracks on Glenn Miller’s “In the Mood” and sang Annie Ross’s vocalese take on Wardell Gray’s “Twisted.” I’ve always been an actor, so the material I picked was all a part of the play going on inside my head. We covered a lot of musical ground:  Johnny Mercer, Bob Dylan, Brecht/Weill, Ellie Greenwich and Jeff Barry. The period or source of a song isn’t as important to me as how well it’s crafted, and the story it tells.

Indeed, I was a victim of the “sophomore jinx”.  I was slagged in the press, especially Rolling Stone magazine, and it took me years to recover.  Still, people bought and loved the record then, and they still bring it to me to autograph all these years later. I have wonderful memories of everyone I worked with at this time, and this album remains one of my favorites. 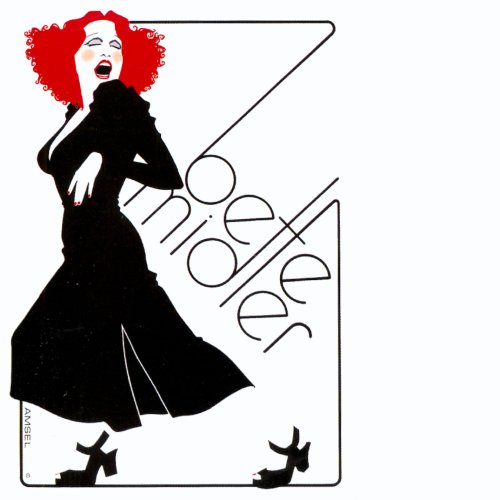